An Arab terrorist who attempted a stabbing attack at the bus stop of Tapuach junction on Rt. 60, 6 miles from Ariel in Samaria, was shot dead by an IDF force.

According to a police spokesperson, the terrorist, 28, a resident of Kalkilya, got off the bus in a suspicious manner and refused calls from an IDF force to stop. He then pulled out a knife and charged the soldiers, who shot him dead.


No damage was sustained by the IDF force or civilians. The junction was temporarily closed to traffic. 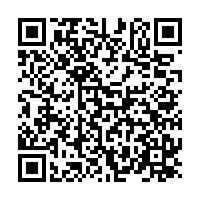