An Arab terrorist was shot and wounded on Wednesday at the Cave of the Patriarchs in Hebron as he attempted to stab troops securing the holy site.

The police stated that Border Police neutralized a terrorist who tried to stab them.

The terrorist arrived at one of the checkpoints at the entrance to the Cave of the Patriarchs, pulled out a knife and tried to stab the troops, who responded by firing several shots at the terrorist’s lower body.

The terrorist, 22 from Hebron, was evacuated to Soroka Hospital in Beer Sheva in moderate condition.

He will later be transferred to the security forces for questioning.

The Cave of the Patriarchs has been the site of multiple terrorist attacks over the years. 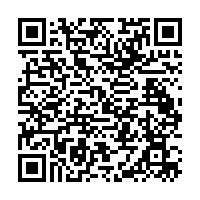