No shots were fired at the terrorists, both of whom were arrested.

The Arab who stabbed the police officer, who suffered moderate wounds, escaped and later was arrested. He claimed he stabbed the victim in self-defense during an argument between them.

The stabbing attempt by the Palestinian Authority female terrorist at a crossing near Shechem was foiled by soldiers.

An Israeli army spokesperson said a “suspect approached a soldier with a knife in hand.”

Below is a video of the stabbing attack in Nahariya as it happened. 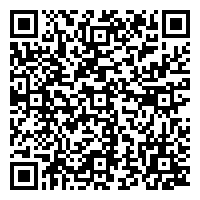