The village of Yatta in the southern Hebron region has been sealed off by the IDF following the Sarona Market terror attack on Wednesday night.

The two Islamic terrorists, both 21-years-old, are cousins, and come from the same village.


No entry or exit is allowed to or out from the terrorists’ village at the moment.

Both terrorists were residing illegally in Tel Aviv. One had returned from a trip to Jordan a few months ago.

The village of Yatta has a long history of terror attacks.

Researchers and Arabs in the Hebron region believe that many of the villagers of Yatta are actually descendants of Jews who were forced to convert to Islam a few hundred years ago during the Ottoman period. In particular, members of the Mahamra (“winemaker” Makhamreh מחאמרה) clan are generally believed to be of Jewish descent.

It is known that at least until the 4th century CE, Yatta (the Bibilical Jutta) was a large Jewish town. A Jewish cemetery going back 1800 years still exists in the village.

The terrorists in the Sarona attack have been identified as Khalid and Muhamad Mahamra (Makhamreh).

Khalid Mahamra is known to be associated with Hamas and studied in a Jordanian military university. 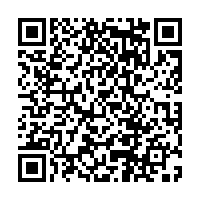