The Middle East has apparently not yet finished shifting and realigning for the near term.

The ouster of Mahmoud Morsi, the Muslim Brotherhood’s Egyptian president, and his replacement with the anti-Muslim Brotherhood al-Sisi represented a public and dramatic shifting of alliances in the Middle East. Both Egypt and Israel distrust Hamas more than they mistrust each other. Turkey is no longer friends with Egypt, but may be moving closer to its erstwhile competitor for regional hegemon, Iran. Saudi Arabia mistrusts Shia Iran more than it mistrusts Israel, and then along came ISIS and scattered the dice yet again.

Now ISIS has begun threatening not only Lebanon, where it at least temporarily captured a city, but the foremost terrorist group on the planet is now breathing down tiny Jordan’s neck, and that isn’t good for anyone in the region.

According to journalist Eli Lake, Even before the ISIS offensive in Iraq, supporters of the group had tweeted maps showing the city of Ma’an in southern Jordan, as part of a regional Caliphate. Last week, a photo from Ma’an showed ISIS supporters holding a banner declaring the city, “the Fallujah of Jordan,” comparing it to the city in Western Iraq fell to ISIS in January.

There are some reports that Jordan is already relying on Israeli intelligence regarding ISIS.

“There is a very good cooperation between us regarding ISIS’ growing presence in Iraq and Syria, but also on issues relating to other radical forces in the Middle East which have their sights set on Israel and Jordan,” a Jordanian diplomatic source told YNet.

Meanwhile, the not terribly reliable Russian news source Press TV reported that ISIS is actually a creation of Israel, the United States and Saudi Arabia. 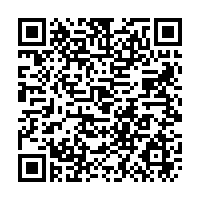