The talks within the PLO brass come a day after Abbas’s meeting with U.S. Secretary of State John Kerry, who is optimistic about a possible return to negotiations.


Kerry told reporters in Jordan on Wednesday that his meetings with Israeli and Palestinian officials have been able to narrow differences between the two sides.

“Despite everything else that is happening in the region, despite all of the pressures of neighboring states, of refugees, conflict, despite the pressures of a volatile neighborhood, the fact is that both sides continue to work, up to this point, in good faith, in a good effort in order to try to find a way to succeed,” he said.

“Everybody understands that if Abu Mazen (Abbas’s nom de guerre) all of a sudden agrees to the negotiations, it’s because he was promised that everything he demanded as a precondition before negotiations – he’s going to get during and following the negotiations,” former MK Yaakov “Ketzaleh” Katz wrote on his Facebook page today.

Ketzaleh, who is one of the owners of Arutz 7, was probably at his finest when he served as assistant to then Housing and Development Minister Ariel Sharon, and was responsible for building more than 35,000 housing units in East Jerusalem, Judea and Samaria, Gaza and the Golan Heights. Under his guidance the Jewish population beyond the Green Line was doubled.

And so, I tend to trust Ketzaleh’s information now, when he says that the document of understanding between Justice Minister Tzipi Livni and Secretary Kerry talks about uprooting the Jewish villages circling Shchem: Einav, Shavey Shomron, Yitzhar, and har Bracha. Some 10 thousand Jews, more than the entire population of Gush Katif, are already slated for evacuation, he says.

“It is Netanyahu, who would not permit issuing [construction project] bids in Judea, Samaria and the Golan, who is, in effect, drawing the contour lines for the Europeans… Wherever he freezes construction – there the Europeans bring down their decrees.” 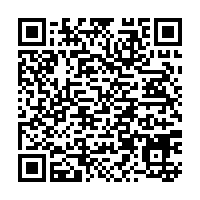