Dehqan also said Tehran is in talks with Moscow to buy new Russian fighter jets—rather than from France, as had been speculated earlier. “In the field of fighter jets, we declared our requirements to the Russians and we have made no request in this field to France,” Dehqan said.

“We have long expressed our concerns over reports of the possible sale of this missile system to the Iranians,” Pentagon spokesman Capt. Jeff Davis told Fox News.

The S-300 is considered one of the most potent anti-aircraft missile systems in the world. Its advanced version, to be sold to Iran, entered limited service in 2004. The system was first deployed by the Soviet Union in 1979, to defend against air-to-surface attacks on large industrial and administrative facilities, military bases, and control of airspace against enemy strike aircraft. The system is fully automated, but can also be operated manually.

System components can be spread over a 25 mile radius from a central command post. Each system radar—and those radars can stand as far as 50 miles apart—provides target designation for the central command post which compares the data received from the all targeting radars, and filters out false targets.

The upgraded S-300, the S-300VM, consists of a new command post vehicle, and a selection of new and improved radars.

A US defense official told Fox News, “This is a very capable weapons system that can bring down US or Israeli jet aircraft.”

“Should an S-300 battery be placed on Iran’s southern coast, Tehran could quickly detect American or allied aircraft taking off from local bases,” Patrick Megahan and Behnam Ben Taleblu wrote in The Hill. “Not only would most modern strike aircraft be vulnerable to detection and engagement far before reaching Iranian shores, the S-300 would allow Iran offensive capacities beyond its airspace, which could include harassing non-hostile aircraft flying over neighboring countries. As analysts have rightly noted, civilian air traffic could be dramatically disrupted if Iran chose to expand its belligerence to the skies.”

Needless to say, the political message Tehran is delivering with this purchase announcement, on the heel of the nuclear deal with the world powers, is that an attempt to bomb its nuclear facilities—dormant or active—from the air will prove very costly to the attacker.

A senior Air Force commander told The Daily Beast that the S-300 “essentially makes Iran attack-proof by Israel and almost any country without [stealth fighter] capabilities. In other words, Iran, with the S-300, can continue to do what they want once those systems are in place without fear of attack from anyone save the US.”

In late July, Vladimir Kozhin, President Putin’s aide on military-technical cooperation, said that Russia is putting together a more advanced version of the S-300 defense system, which would be shipped to Iran by 2016, IRNA reported.

“The Iranians want them as soon as possible, and we are trying, too. There is activity to prepare new legal contracts, new conditions and thus prepare systems for delivery,” Kozhin said.

When Russia first announced its plans for the sale last April, White House Press Secretary Josh Earnest said, “The United States has previously made known our objections to that sale, and I understand that Secretary Kerry had an opportunity to raise these concerns once again in a recent conversation with his Russian counterpart.” 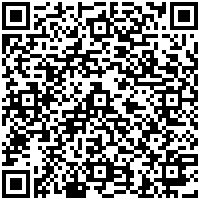