Reading Bernie M. Farber and Avrum Rosensweig’s article in the Toronto Star, A Jewish take on the meaning of Christmas, with the sub-headline: “The Christmas season embodies the symbolism of light and peace that is shared by virtually every faith tradition,” I immediately thought of the Warsaw pogrom of 1881. I’m sorry that my brain works this way, it’s possible that I’m a bitter, bitter old Jew who just can’t forgive, but, you know, somebody needs to be.

“As Canadian Jews we have both embraced this time of the year and having traveled similar paths have tried to find the universal themes of this holiday to help shape a better world,” write Bernie and Avrum.


So, I’m thinking, here’s one path they should have traveled, just to get more context…

Historian Simon Dubnow describes the outbreak of a stampede in the crowded Holy Cross Church in Warsaw, on Christmas Day of 1881, when a false fire rumor resulted in the deaths of twenty-nine persons. A crowd quickly gathered at the site of the tragedy, and someone spread the rumor that the false alarm had been spread by two Jewish pickpockets.

The mob began to attack Jews, Jewish stores, businesses, and residences in the streets close to the Holy Cross Church. The riot continued for three days, until the Russian authorities (Poland was under Czarist rule at the time) finally intervened. Two Jews were killed and 24 injured. A thousand Jewish families became devastated financially.

Similarly, throughout our dark and bloody history in Europe, this day, whether on its modern date, in December, or its original Greek Orthodox date, in January, was always an opportunity for the local priests to encourage their flock to thin out the Jewish population.

I can understand boosting the value of Chanukah beyond its original place in the rabbinical calendar, as an attempt to provide our children with a bright and shiny alternative to the gentile window dressings and lovely, decorated indoor trees. But to go ahead and embrace the holiday of our tormentors—the birth of their “savior,” no less—as having something to do with Jewish tradition takes my breath away and makes my skin crawl at the same time—which can be very harmful to one’s health at my age, let me tell you.

“Even as Jews we can embrace the wish of a ‘Merry Christmas’ and urge those who may not celebrate the holiday to rejoice in the universal messages of peace that all faiths embody,” writes the comedy team of Bernie and Avrum.

Crīstesmæsse, meaning “Christ’s Mass” in old English, is an annual commemoration of the birth of “Jesus Christ.” The “Christ” part is from the Greek Χριστός (Khrīstos), meaning “the anointed one,” or, in Hebrew, “Mashiach.” The “Mass” part comes from the Latin “missa,” the celebration of the Eucharist, or (take your pick) “Holy Communion,” the “Sacrament of the Altar,” the “Blessed Sacrament,” or “the Lord’s Supper.”

In other words, what the A&B team are calling “the universal messages of peace” is packed with enough Replacement Theology to light up a yahrzeit candle for all the Jewish victims of wintertime pogroms and then some.

“Merry Christmas” is a dark and hateful greeting, combining the celebration of a king of Israel that defiles the laws of Torah with the Eucharist substitute for the Jewish Temple sacrifices, to connote a final message of the much anticipated death of Judaism. 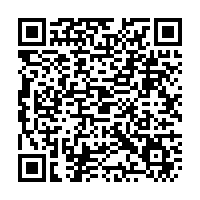