In 340 cities around the world Jews from all walks of life, stars and simple folks, academics and others across the spectrum this week are all going to be ‘Keeping it Together.’

However you refer to it, even vocalist Paula Abdul is joining in with Nobel Prize laureates for 25 hours this weekend to keep the seventh day holy, as God commanded His Chosen People.

“The Shabbat Project is an opportunity for the entire Jewish world to keep one complete Shabbat together – from Friday evening just before sunset on October 24, until Saturday night after the stars have come out on October 25,” says South African Chief Rabbi Dr. Warren Goldstein.

It was Goldstein who originated the Shabbat Project last year in South Africa. His drive and enthusiasm sent the project around the world in 2014.

“The beauty of this is that it is so practical and manageable. It’s only one Shabbat. It’s something everyone can do…This approach is predicated on the idea that the real energy of Shabbat – its transformative power – is wholly dependent on immersing oneself in the full Shabbat experience.”

In Israel, the Rami Levy supermarket is, as usual, leading the retailers’ part in the initiative. The chain is offering a “challah for a shekel, wine for five shekels” special this week to encourage Jews to participate in the project.

Poster ads are running on Egged buses across the country and along its highways and byways. A local team in the “Startup Nation” has also launched the #Keeping It Together app .  It has everything anyone needs to know about keeping the Sabbath holy, and it’s programmed to put your phone to sleep over Shabbat. (After all, it is the ‘day of rest.’)

A number of special events for the project are being held around the country, starting tonight (Thursday, Oct. 23.)

In the Jerusalem neighborhood of French Hill tonight, participants can learn to bake Challah (braided Sabbath bread) for Shabbat. On Friday afternoon, organizers are holding a concert of Shabbat songs. Later the same day, an Oneg Shabbat meal will be held as well.

In Tel Aviv on Friday night, attendees will find a champagne kiddush reception, followed by Shabbat dinner at the Beit El Synagogue. On Saturday, the Sabbath Day, a potluck picnic is planned at Independence Park.

Similar events are planned in Rehovot and Ra’anana.

An enormous neon billboard has gone up in New York City’s Times Square, announcing the initiative.

A special “revolutionary” recipe developed by a crack team in Miami for a Challah Bake tonight (Thursday, Oct. 23) is expected to draw thousands.

A Miami Beach Chabad-Lubavitch rabbi is setting up a big tent at his synagogue to offer super Shabbos meals for anyone in the zip code pledging to keep this Shabbos.

In Canada, Prime Minister Stephen Harper himself has endorsed the project. Posters appear in subway stations in Toronto. Jews are signing up on the project’s special website.

Every single Jewish community organization, school and synagogue in Buenos Aires has pledged to keep Shabbat this coming weekend. More than 10,000 are expected at a planned Havdalah Unity Concert – produced with the assistance of the government of Argentina, no less and set for broadcast on national TV.

The tagline of the project, “Keeping It Together,” speaks to the unity and well being of the Jewish People as a whole entity, as well as to Jewish individuality. That’s what Shabbat is all about, Goldstein says.

“Keeping it together means keeping our lives together,” Goldstein explains. “Of course, there is the good food, sound sleep and deep relaxation to look forward to on Shabbat, but there’s more.

“Shabbat restores us, not just in a physical sense, but emotionally and spiritually as well, so that we emerge on Saturday night as new human beings ready to face the week with all of its challenges and opportunities.”

Whatever your time zone, if you are Jewish, join with other Members of the Tribe to bring in the Sabbath and help Keep It Together planetwide. 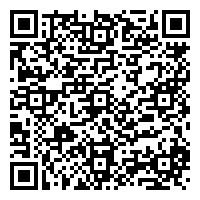