The long-awaited winter storm, first reported by The Jewish Press.com here yesterday, is strengthening and is turning into a more of a monster than first predicted, with snow possible in Jerusalem.

Weather models still are not in agreement on how far south the snow will fall and if it will accumulate, but most models indicate that there will be snow on the ground in the Jerusalem in areas 900 meters high, which includes Neve Daniel in Gush Etzion and Hebron.


Snow is expected in Safed (Tzfat) and other areas in the upper Galilee and possibly in the central Golan Heights. More importantly, there will be rain, and lots of it, with up to four inches in some areas.

The precipitation now is expected to last through Saturday morning.

Rain will fall from the north to the northern Negev with isolated thunderstorms, strong winds, and a strong chance of flash floods in the Arava and Dead Sea areas.

The white stuff will cover the Hermon and the upper Golan Heights and spread to higher peaks in the north and central regions.

If any snow accumulates in the Jerusalem area, it won’t be around for very long caucus temperatures are expected to rise on Sunday, although still below the norm for the season. 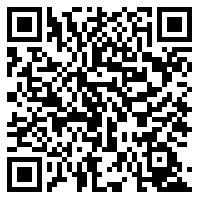