20 years ago today, on May 29, 1996, Benjamin Netanyahu was voted in for the first time as Prime Minister of Israel, beating out Shimon Peres in direct elections.


Netanyahu was the youngest person ever to become prime minister of Israel.

He is also the only prime minister to have been elected 3 times in a row, and has been elected a total of 4 times, the same as Ben-Gurion.

Photos of Netanyahu in 1996, following his victory:

A young Netanyahu and a young Avigdor Libermnan in December 1996: 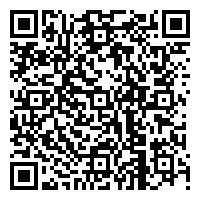