Taylor Force, 28, was a former US Army Officer and a student at Vanderbilt University, who was stabbed to death by an Arab from the Palestinian Authority in Jaffa, Israel last March 8. On Wednesday, Senators Lindsey Graham (R-SC), Dan Coats (R-In), and Roy Blunt (R-Ms) introduced the Taylor Force Act, aimed at cutting funding for the Palestinian Authority if it continues to incite and reward acts of terrorism.

• Requires the Secretary of State to certify to Congress the Palestinian Authority is taking credible steps to end acts of violence against United States and Israeli citizens that are perpetrated by individuals under its jurisdictional control, such as the attack on Taylor Force;

• Calls on the Palestinian Authority to publicly condemn such acts of violence and is taking steps to investigate and cooperate in investigations bringing perpetrators to justice; and

Speaking at a press conference Wednesday, Sen. Graham said, “To pursue peace, you have to reject killing. … This bill is not a result of animosity towards the Palestinian people. It’s pushback against state-sponsored terrorism.”

“This legislation shines a light on a very real problem,” Graham said, asking, “Why is the Palestinian Authority paying young Palestinians to commit acts of terror against innocent Americans like Taylor Force or Israelis? The Palestinians need to decide – do they condemn these horrible acts or do they reward them? You can’t be a partner in peace when you are paying people to commit terrorist acts. The choice the Palestinians make will determine the type of relationship they have with the United States in the years to come.”

Senator Coats said, “To provide American taxpayer dollars to the Palestinian Authority so that it can treat terrorists as heroes or glorious martyrs is morally unacceptable. Our hope is that applying this budgetary pressure will end this immoral program of rewarding and encouraging terrorists.”

Senator Blunt said, “Israel is one of our closest allies and a stalwart of democracy in the Middle East. It would be absolutely unconscionable to allow U.S. taxpayer dollars to be used by the Palestinian Authority to reward convicted terrorists for acts of violence against Israel. I urge all of my colleagues to back this effort to hold the Palestinian Authority accountable.”

Senator Mark Kirk (R-Illinois) said, “The United States should hold Palestinian leadership fully accountable for continuing to incite violence against Israeli and American citizens and provide financial support to terrorists and their families. This is a no-brainer that’s critical to encouraging the emergence of a credible partner for peace with Israel, a fellow democracy and our closest ally in the Middle East, yet this Administration refuses to do it.”

Senator Tom Cotton (R-Arkansas) said, “This bill stands for a simple principle: U.S. taxpayer dollars should never be used to fund terror against our own citizens or our ally Israel. The American people and the Israelis believe in helping the Palestinians build a better and more prosperous society. But that better society will never be possible if Palestinian leaders continue to funnel cash to terrorists and their families. The Obama administration and future administrations should hold Palestinian leadership accountable on this issue and tell them that as long as they continue to fund terror, they should not expect another dollar of U.S. economic assistance.”

Senator Ted Cruz (R-Texas) said, “Earlier this year, Texas native Taylor Force was stabbed to death by a Palestinian terrorist in Tel Aviv. Taylor’s murder is a grim reminder that the scourge of radical Islamic terrorism targets Americans and Israelis, Christians and Jews, indiscriminately. Our unshakable alliance with Israel will remain our strength as we face this threat together. The legislation introduced today will put the Palestinian Authority on notice that American taxpayers will not continue to fund them unless they take concrete steps to end the abhorrent practice of rewarding terrorists and their families. I’m proud to stand with Senators Graham and Coats as well as my other colleagues in solidarity against not only the terrorists attacking our citizens, but also all who fund and enable them.”

The Republican Jewish Coalition released a statement saying, “The American people would be appalled to learn their tax dollars have been subsidizing terrorist attacks on Israel – all the more so because Americans have frequently been the victims of these attacks, and their murderers are the ones benefiting from these U.S. subsidies. By conditioning future U.S. assistance to the Palestinian Authority on 1) the PA taking credible steps to suppress terrorism in the areas under its control, and 2) the PA ending payments to incarcerated terrorists and the families of dead terrorists, the Taylor Force Act would end this affront to American values.

“The RJC thanks Senator Graham for leading the charge to end this gross abuse of taxpayer dollars. This shouldn’t be a partisan issue, and we urge all Senators – Republicans, Democrats and Independents, to back this important legislation.” 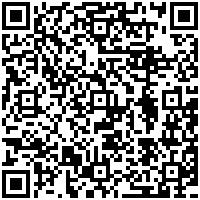