The case of the State of Israel vs. Avigdor Liberman is bound to divert attention on Sunday from the coalition negotiations and Prime Minister Benjamin Netanyahu’s three-week long and counting attempts to form a government, to the Magistrate Court in Jerusalem, where former Foreign Minister Avigdor Liberman’s trial is opening.

After years of cat and mouse play between the burly politician of Russian extraction whose capacity to make enemies among Israel’s political class is only matched by his ability—until recently—to exact blind loyalty from his minions, we’re finally going to be treated to a showdown, complete with all the elements of a good political drama: hatred, betrayal, fear, and specks of corruption.


Liberman, the unquestioned leader of Israel Beitenu, a party made up and supported mostly by Russian immigrants (except for the man in the number two spot, Yair Shamir, who stands to gain a lot from his leader’s downfall, should one take place) is being charged with fraud and a breach of trust concerning the nomination of Ze’ev Ben Aryeh as Israel’s ambassador to Latvia.

According to Ma’ariv, sources inside the legal system are talking about marathon discussions and a quick decision—within just a few months—but there is no guarantee that it would be a quick trial. Which means that Liberman will have to stay out of government, while his rightful possession—in his eyes, at least—the Foreign Office, is deposited with either the prime minister or with a coalition partner who would be willing to give it up, should Liberman be acquitted, or is found guilty of minor charges that won’t stand between him and a return to government.

The trial will open at two o’clock Israel time (7 AM in New York). Liberman will sit down on the defendant’s seat and, after the indictment is read, the court is expected to determine the dates on which he would have to reappear at the same courtroom.

Liberman is accused of fraud and breach of trust during the appointment of the former ambassador to Belarus Ze’ev Ben Aryeh as ambassador to Latvia. The indictment states that Ben Aryeh was advanced in the Foreign Ministry after handing Liberman confidential information about the investigation that was being conducted against the minister in the major case against him, known as the “straw companies.”

The Attorney General eventually decided not to prosecute Liberman on that case (no one would talk to the investigators), but to limit the indictment to the simpler “ambassador” case, which is why it is estimated that the trial would end quickly. Especially since the defendant is just as eager to be done with it as the prosecution. On the other hand, if a plea bargain that would have permitted Liberman to proceed with his interrupted political career were on the table—it would have been signed by now. So no one can be certain just how long this thing will last. And remember the cardinal rule about lengthy trials – they tend to bring up new information that often spawns new trials.

The indictment states that Liberman promoted Ben Aryeh at the Foreign Ministry in two major roles: one as staff political advisor to the Foreign Minister, and the other as Ambassador to Latvia. Although it is a relatively light case, compared to the straw companies case—which has been closed without trial—should the judges decide to include a shame-inducing element (kalon) to Liberman’s sentence, it could be a mortal blow to his political future, with serious implications on the future of the Israel Beiteinu party.

A kalon sentence prevents the accused of returning to elected office for seven years.

The key witness is expected to be a member of the appointments committee that decided to designate Ben Aryeh as the ambassador to Latvia, Liberman’s former deputy Danny Ayalon. Originally, while things with his boss appeared good as good can be, and no clouds were hovering in the blue sky of their friendship, Ayalon could not for the life of him recall any attempt on Liberman’s part to influence the appointments process. But after his boss chose the moment of their ride in a car together to inform Ayalon he was off the list of viable candidates for the Knesset—on their way to the event where Liberman was to read the list to the press—Ayalon experienced a miraculous memory recovery, complete with all the details of how Liberman actually did influence the process, and how. 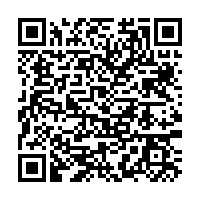