Billionaire founder and CEO of Japanese multinational telecommunications and Internet corporation Softbank Masayoshi Son entered the Trump Tower Tuesday afternoon, for a meeting with President-elect Donald Trump. A few minutes later, literally (at 2:10 PM ET), Trump tweeted: “Masa (SoftBank) of Japan has agreed to invest $50 billion in the U.S. toward businesses and 50,000 new jobs…” He followed it up with “Masa said he would never do this had we (Trump) not won the election!”

According to Reuters, the investment is likely to involve telecoms giant Sprint Corp, in which SoftBank owns 82%, would try again to merge with T-Mobile US, a deal that was previously killed by US government regulators. Apparently, the new White House (PT) resident plans to ease up on those regulations this time. One of the president-elect’s campaign promises was to rescind the Obama Administration’s over-regulation of business. Whether or not US consumers would also fare better with fewer regulations.


Standing with the visiting tycoon at the lobby of Trump Tower in Manhattan, Donald Trump said, “Ladies and gentlemen, this is Masa from SoftBank of Japan, and he’s just agreed to invest $50 billion in the United States and 50,000 jobs.”

According to the Wall Street Journal, the SoftBank investment is part of a $100 billion investment fund “Masa” is setting up with a Saudi Arabian fund.

“We are going to invest $50 billion into the US and commit to create 50,000 new jobs,” Son said at the Trump lobby, noting that the investment was made possible due to his expectation of seeing a lot of “deregulation” under the Trump administration.

Incidentally, earlier on Tuesday Trump rebuked Boeing for charging too much for the Air Force 1, sending its stock plummeting. So this is definitely going to be a memorable ride. 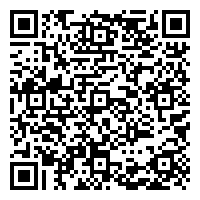