(JNi.media) Rabbi Shmuel Eliyahu, the Chief Rabbi of Tsfat and a member of Israel’s Chief Rabbinate Council, has called for the prosecution of policemen or soldiers who let terrorist stay alive after an attack. Rabbi Eliyahu was asked on Thursday night via his Facebook page, which is maintained by his staff, “Is it permissible to leave a terrorist alive for questioning after an attack?”

His response was: “It is prohibited to leave an attacker alive after an attack. If you leave alive — there’s a chance that he would be released and kill more people.” The rabbi then added: “Of course, we must seek the best legal way to eradicate this evil from our midst. Only in a case where you really have no other choice, and there is a ticking bomb, it is permitted to keep him alive, interrogate him and then send him to hell as soon as possible.”


Rabbi Shmuel Eliyahu is the son of former Sephardi Chief Rabbi of Israel, Mordechai Eliyahu. He served in an IDF combat unit and is renowned for his harsh views of the Arabs in Israel. He is the sworn enemy of one of the most influential, left-leaning government officials, Attorney-General, Yehuda Weinstein. In July 2013, Eliyahu ran for the post of Sephardi Chief Rabbi, and the AG requested that he drop his candidacy, because of offensive statements he had made. Arab MK Esawi Frej filed an emergency petition with the High Court asking that Eliyahu be disqualified for his “racist” comments, but the Court rejected it. In December 2013, Eliyahu petitioned the high court against AG Weinstein, for using confidential information from an official investigation in his attempt to prevent Eliyahu from running.

In his Facebook responsa, Rabbi Eliyahu also suggested “police officers or soldiers who leave terrorists alive after an attack need to be prosecute. There should an investigating committee to discover how a particular terrorists managed to come alive out of an attack he had launched—perhaps the law not clear enough and it needs to be changed. There may be people in the Prosecutor’s Office who should be prosecuted. Maybe there’s a need to shake up some police or army officers.” 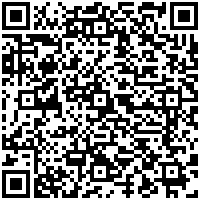