A tunnel detection system, built by the Israeli company Elbit, has been deployed in Israel’s south, according to a YNet report.

The system can uncover and pinpoint ongoing underground excavations via its advanced sensor system.


The tunnel detection system, which was tested over the past few months, is now ready to begin full-scale deployment along the Gaza border.

Elbit is only waiting for a budget and permission of the Defense Ministry to begin the deployment.

Mayors from Israel’s southern towns near the Gaza border were only recently told of the test deployment.

The timing is perfect, as last month The Telegraph reported that Iran has been transferring tens of millions of dollars to Hamas to rebuild their terror tunnel system.

There are reports that Hamas has recently begun accelerating their terror tunnel excavations from Gaza into Israel.

If the system works, Israel now knows where some of those tunnels are. 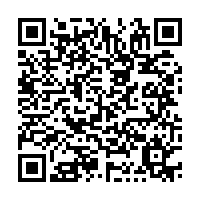