A Haredi man, 40 and a woman, 62, were injured, one seriously, one mildly, in a stabbing attack by a terrorist on Shoham Street near Sheshet Hayamim Street near the Netanya open market area. The two victims, one of them Haredi, were treated by MDA and evacuated to Laniado hospital. One woman was treated for panic attack.

Laniado hospital reported that one victim was stabbed in the back, the other in the chest.


The terrorist,  a resident of the Tul Karem area in Samaria, was shot dead by an armed civilian.

Following the attack large police forces under the command of Central District Commander Moti Cohen arrived on the scene and closed off the area. The suspected terrorist who was already dead on the ground was stripped of his jeans and black shirt to make sure he was not carrying explosives on his body. 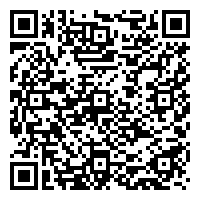