Two Jews, a women CEO of a start-up and a Naval Academy students, were among the seven people killed in Tuesday night’s crash of a speeding Amtrak train in Philadelphia.

The family of CEO Rachel Jacobs, who was active in the Reform Jewish community, said in a statement, “This is an unthinkable tragedy. Rachel was a wonderful mother, daughter, sister, wife and friend. She was devoted to her family, her community and the pursuit of social justice. We cannot imagine life without her. \”


Jacobs, a native of Detroit who lived in New York City until, was the CEO if the online apprenticeship service ApprenNet. She is survived by her husband and a 2-year-old child.

Jacobs, 39, who grew up outside Detroit, lived in Manhattan’s Stuyvesant Town and is married with a 2-year-old child. She is the CEO of, an online.

The Naval Academy student was identified as Justin Zemser, 20, who grew up in Rockaway Breach in New York.

He was sophomore at Maryland’s Naval Academy and hoped to be a member of the Navy Seal team. 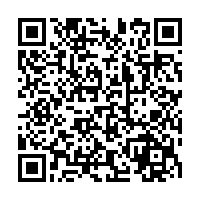