Two Palestinian Authority child-terrorists were arrested by the Border Police on Tuesday after they threw firebombs at a patrol jeep near the Talitha Kumi (Walleja) road in Gush Etzion, which is located above the Tunnel Road, and next to Beit Jala.


The firebombs missed the jeep and did not ignite.

The Border Police began searching for the terrorists who threw the firebombs at them.

They found two minors who had come from nearby Dheishe, just south of nearby Bethelehem. One of them had additional Molotov cocktails in his knapsack prepared for throwing.

The two Arab youths had gone to a gas station in Dheisha after school, filled up the bottles with gasoline, and then began looking for Israeli targets to attack. 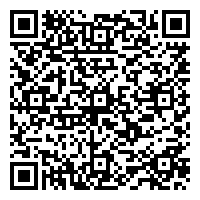