Two rockets fired from the Sinai fell in an open area in the Eshkol Regional Council near the Gaza Strip Monday around 10:15 AM.

Israeli media suspect the rockets were shot by an ISIS affiliate in northern Sinai, in retaliation for an IDF armed drone which eliminate an ISIS squad that was attempting to shoot into Israel from the Sinai.

According to the IDF, the red alert was not sounded because the computerized system predicted the rockets would fall in an open rea. 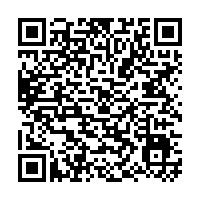