While the United Arab Emirates has welcomed the refreshing stance of Iran’s president Hassan Rouhani, it has called upon the international community to urge Iran to respond to repeated calls for a just settlement of the islands dispute between the two countries, either through direct, serious negotiations or by referral to the International Court of Justice.

In 1971, after the British finally left the Middle East, Iranian forces occupied the islands of Abu Musa, Greater Tunb, and Lesser Tunb, located at the mouth of the Persian Gulf between Iran and the UAE. Iran continues to occupy the islands, which the UAE has been contesting to no avail.

“…My Government expresses, once again, its regret regarding the continued Iranian occupation of our three islands: Abu Mousa, and Greater and Lesser Tunbs, and demands the restoration of the UAE’s full sovereignty over these islands,” Al Nahyan said.

“We emphasize that all actions and measures taken by the Iranian occupation authorities are null and void, and are contrary to international law and to all norms and common human values,” he continued. “Therefore, we call upon the international community to urge Iran to respond to the repeated peaceful, sincere calls of the United Arab Emirates for a just settlement of this issue, either through direct, serious negotiations or by referral to the International Court of Justice to settle this dispute in accordance with the principles of the UN Charter and the provisions of international law.”

Noting the change in tone in iran’s political leadership, the foreign minister declared: “Proceeding from the firm principals of our regional and international relations, we welcome the declared approach of Hassan Rouhani, President of Iran, and we affirm that our country will sincerely build on such approach in the interest of promoting security, stability and prosperity in the region.”

Now, why can’t the Palestinians be this polite? 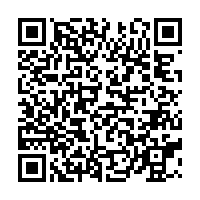