British police have arrested an unnamed suspect after he allegedly shouted at two Chassidic teenagers in the northern London neighborhood of Stamford Hill Sunday night.

He also allegedly shouted “Allahu Akbar!” – Arabic for “God is Great” – and which is generally declared these days prior to launching an attack for “jihad” or “holy war.”

The assailant was reportedly still in the area at the time, shouting anti-Semitic verbal abuse to other pedestrians and community members, Jewish News Online reported.

A possible third Jewish victim may also have been present at the time, the news site reported.

“Antisemitism and all types of hate crime is unacceptable. I urge victims and witnesses to report such incidents immediately,” Chaim Hochhauser, Stamford Hill Shomrim supervisor told the Jewish Chronicle.

“Such incidents should never be accepted as the norm, no matter how regular these incidents sadly happen.” 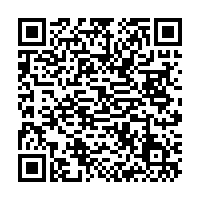