United Nations Secretary-General Antonio Guterres likewise expressed his shock Sunday over the massacre of innocent Jews at worship in Pennsylvania this past Shabbat.

“The Secretary-General is deeply shocked at and strongly condemns the shooting today at the Tree of Life Congregation synagogue in Pittsburgh in the United States,” said his spokesperson, Stéphane Dujarric. “He expresses his deepest condolences to the families of the victims.


“The shooting in Pittsburgh is a painful reminder of continuing anti-Semitism,” Dujarric said. “Jews across the world continue to be attacked for no other reason than their identity. Anti-Semitism is a menace to democratic values and peace, and should have no place in the 21st century.”

The UN Secretary-General called for a united front — bringing together authorities at all levels, civil society, religious and community leaders and the public at large — to roll back the forces of racism, anti-Semitism, Islamophobia and other forms of hatred, bigotry, discrimination and xenophobia gaining strength in many parts of the world. 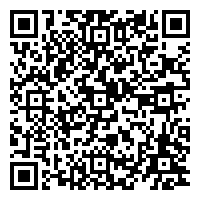