The town of Katzrin on the Golan Heights has a problem.

It’s a popular town among UN Peacekeepers stationed up in Israel’s north, but for an organization that is so obsessed with international law (at least their interpretation of it when it comes to Israel), they completely disregard the law when it comes to following it themselves.

The Katzrin regional council has recently been dealing with UN soldiers who completely and purposely ignore parking regulations.

Dmitry (Dimi) Apartsev, the mayor of the Katzrin regional council, told Makor Rishon that Katzrin is happy to host the UN soldiers who recently moved their command center over to Katzrin after being chased out of Syria, but he would appreciate if they respected local laws a bit more.

He added, he also wouldn’t mind if they updated their business cards to say Katzrin instead of Damascus.

Apartsev has sent numerous letters to UNDOF to intervene with the local soldiers, to no avail.

The town even printed up special stickers to stick onto the UN vehicles parked in the handicapped parking spots, but that’s not working either.

The UN soldiers have diplomatic immunity, so there aren’t many legal steps the town can take against them, even as the UN repeatedly breaks the law.

The police can give them tickets all day long, but the town has no way to force the UN to actually pay the fines. 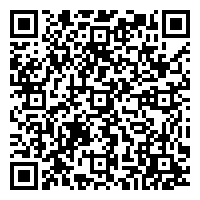