The Spanish Ministry of Defense has confirmed that rockets were fired first from Lebanon, provoking Israel into a defensive attack.

“At the moment we are still looking into the causes of the event,” Andrea Tenenti, UNIFIL spokesman in Lebanon, told The Spain Report by telephone. “What I can say is that today there were rockets launched from Lebanon into Israel, and the Israeli forces began retaliatory fire. Major General Portolano (UNIFIL commander) was immediately in contact with both parties to prevent further escalation.”


Spanish Army Corporal Francisco Javier Soria Toledo, 36, was killed during the clash while on patrol for UNIFIL. The corporal, who was born in Andalusia, was married and assigned to a mechanized infantry regiment after enlisting in 2004. His unit has participated in UNIFIL in southern Lebanon since November 2014. The soldier’s position when he was killed was not released.

“We are not certain who fired the shots that killed him; that needs to be investigated,” said a spokesperson for the Spanish Ministry of Defense.

“We have troops positioned all along the Blue Line,” Tenenti added. “We are verifying the circumstances of this tragic incident.”

Spanish military sources reportedly told El Pais that it was an IDF mortar round that killed the UNIFIL soldier. 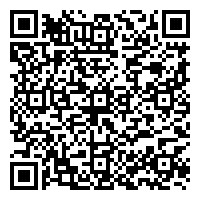