El Al workers committee chairman Asher Edry told Globes, “We demand that all the promises made to us before the agreement was signed, i.e. the issuing of slots at key European airports, code-sharing with foreign airlines, which have been blocked, and so forth, be implemented in full.”


Histadrut Transport Workers Union chairman Avi Edry said, “The agreement in its present form will destroy Israeli aviation and cost tens of thousands of jobs in the industry without protecting Israeli aviation and will make Israeli airlines hostages paying for passenger security, landing rights at key airports, and so on.”

El Al also is against the agreement. Its CEO Eliezer Shkedy has stated that the open skies agreement will result in greater competition in the aviation industry and harm the company’s business.

Travelers to and from Israel are advised to follow updates Saturday night before arriving at the airport for flights that might be affected by a strike. 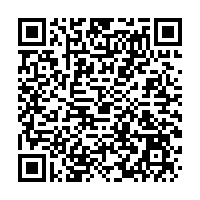