The United States says ‘enough is enough’ and is now vowing to end P5+1 talks with Iran on time – by the current June 30 deadline – whether or not negotiators reach a deal.

“We’re not contemplating any extension beyond June 30,” State Department spokesperson Jeff Rathke said at a briefing on Wednesday. Rathke added that the U.S. believes world powers and Tehran can achieve their goal and reach an agreement by the self-imposed deadline.


Journalists have heard this kind of talk before, of course, and have learned to simply wait and see if the claim proves true.

Talks have resumed this week in Vienna at the deputy level. But Secretary of State John Kerry will meet on May 30 in Geneva with Iranian Foreign Minister Javad Zarif to further discuss the current sticking points.

European leaders told reporters earlier in the week that it appeared possible no deal would be reached by the June deadline.

It appears the Iranian government has also been seeking a way to discredit the talks, even as state TV quoted senior nuclear negotiator Abbas Araqchi as saying the deadline could be extended.

The state-run Press TV internet site claimed Wednesday (May 27), “A recent opinion poll conducted by the Islamic Republic of Iran Broadcasting Organization (IRIB) shows the majority of the Iranian people do not trust the US with regard to a possible final deal between Iran and the P5+1 group over Tehran’s nuclear program.”

IRIB President Mohammad Sarafraz reportedly said at a news conference in the northeastern province of South Khorasan that some 70 percent of Iranians believe the US will not uphold its commitments from the talks.

The IRIB executive reportedly added that according to the poll, 75 percent of those who responded said they would blame Washington if the talks reach a deadlock.

Israel’s Prime Minister Binyamin Netanyahu has repeatedly urged U.S. and European leaders to step back and walk away from this “bad deal.” 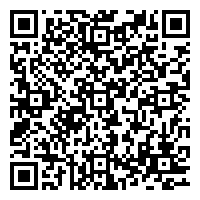