United States Secretary of State John Kerry promptly issued a formal statement Saturday night condemning the “vicious murder” of Japanese journalist Kenjo Goto by an Islamic State in Iraq and Syria (ISIS) executioner after a video showing the ritual beheading was uploaded to the internet.

The American reaction to the journalist’s death was much swifter than the response last week to the killing of two Israeli soldiers after a Hezbollah missile attack on a convoy traveling in northern Israel. Seven others were wounded, including two critically, in the attack which also destroyed a private home in the Druze village of Ghajar. A Spanish UNIFIL soldier also was killed in the exchange of artillery fire in the battle between Israeli and Hezbollah forces that followed. It took hours for the United States to issue a statement.

“The United States condemns ISIL’s vicious murder of Japanese journalist Kenji Goto. We extend our sincere and heartfelt condolences to his wife, his family, and his loved ones, as well as to the people of Japan,” Kerry said in his statement Saturday evening Eastern time, shortly after the murder video appeared.

“The barbaric killing of Kenji Goto, and of Haruna Yukawa before him, shows again ISIL’s brutality and extremist agenda. The United States knows this pain on a personal level born of our own experience. We share the sorrow and continue to stand shoulder-to-shoulder with our ally Japan in confronting terrorism.

“We commend Japan’s support for those in the region who have been displaced by ISIL, the Syrian regime, and other militant groups. Japan’s generous assistance to vulnerable communities fully reflects its commitment to international peace and development.”

The ritual beheading – much like those that preceded the one seen in the video uploaded Saturday to the internet – came 10 days after a demand for ransom by the group was not met. ISIS told Japan the price for Goto’s freedom and that of his friend, who was executed the week prior, was $200 million and the release of a female Al Qaeda failed suicide bomber currently waiting for execution on death row.

The group had also tied the release of a Jordanian pilot to the fate of the Al Qaeda terrorist as well; negotiations over the prisoner swap are still ongoing between ISIS and the Jordanian government, which has said it cannot release the woman without proof the pilot is still alive. 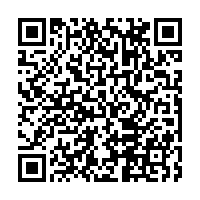