The US Embassy in Jerusalem issued a security alert on Wednesday night, saying it “strongly encouraged” US citizens to remain vigilant “and take appropriate steps to increase their security awareness.”

The alert commented that the security environment is “complex” and can change quickly “depending on the political situation and recent events.”


The alert followed a series of three deadly terrorist attacks in the past week alone, and was issued on the eve of the Islamic holy month of Ramadan, during which Islamic terrorism often spikes.

“Due to recent terrorist attacks in the area and potential security issues associated with the upcoming April 2022 holidays, US government employees and their family members are restricted until further notice from entering the Old City of Jerusalem after dark (dusk to dawn) and on Fridays,” the alert said. “Damascus, Herod’s, and Lions’ Gates are off limits as well.”

American citizens were urged to: 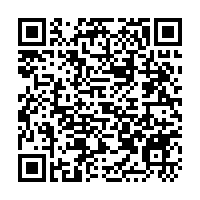