Greenblatt called it an “important meeting.”

Mordechai, who is fluent in the Arabic language, is the IDF Coordinator of Government Activities in the Territories (COGAT) and the top military liaison with Palestinian Authority citizens and other Arabic speakers.

Greenblatt: ‘What Terrible Slander Against AIPAC!’ 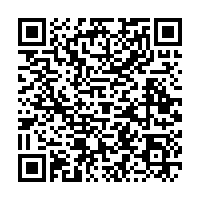