U.S. Jewish leaders participated in a pre-holiday conference call Friday that included briefings by a top official from the Dept. of Homeland Security, and the head of security for the Jewish Federations of North America.

Paul Goldenberg is the director of Secure Community Networks — the agency that manages security for JFNA.

Goldenberg told officials from more than a hundred Jewish agencies that were on the call that it is important to keep their security measures unobtrusive so as not to disturb worshipers during High Holy Day services.

“We have come to learn that the goal of terrorists is to wear down our citizens’ spirits and endurance, destroying national morale,” he said.

The barriers that European security personnel have placed around Jewish houses of worship, Goldenberg noted, have created a bunker mentality.

A poll conducted earlier this month by the European Jewish Association and the Rabbinical Center of Europe showed that some 70 percent of the Jewish population on the continent are afraid to leave their homes and attend High Holy Day services this year.

Participants in the call were briefed on the recent terrorist attacks that have taken place in the United States, including the New York-New Jersey bombings that left 29 people injured in Manhattan’s Chelsea neighborhood.

The officials reviewed security procedures, including pointers on how to deal with active shooters, and establishing relationships with local police. 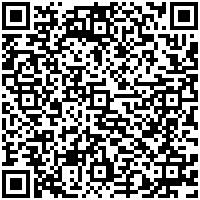