Article XXXI of the Oslo 2 Accords, signed by the Palestinian Authority and Israel, states:

Neither side shall initiate or take any step that will change the status of the West Bank and the Gaza Strip pending the outcome of the permanent status negotiations.

This article prohibits unilateral measures which would alter the legal status of the areas, such as annexation or declaration of statehood.

Every time the Palestinian Authority turns to the United Nations, it is a unilateral action that violates the Oslo Accords. In truth, it doesn’t matter because there have been enough other gross violations that render it null and void.

Examples are, unilaterally halting security cooperation with Israel, exceeding the overall limit on the number of Palestinian “police,” failure to coordinate movement of Palestinian police, detention of Israeli citizens without notifying Israel, and failure to enforce restrictions on visitors’ permits

The United States has consistently winked its eye at the violations, but U.S. Secretary of State John Kerry’s spokeswoman Jen Psaki revealed that the Obama administration has turned around former policy by specifically putting a stamp of approval on the Palestinian Authority’s proposing a resolution to the U.N. Security Council on its future status if it “does not prejudge the outcome of the negotiations.”

How can she do such a thing? It’s simple. You just re-define the word “unilateral.”

Here is what deputy spokeswoman Marie Harf had to say last May, referring to Palestinian Authority threats to approach to the United Nations when her boss’s Peace Talks Follies fell apart:

We don’t think either side should do anything to complicate efforts right now to build the trust necessary to resume negotiations. No one should take any steps that undermine trust, including unilateral.

That was six months ago.

“We have supported a range of actions in the past. What we haven’t supported is steps that are unilateral actions that predetermine the outcome of negotiations.”

Kerry, speaking from London, said, “This isn’t the time to detail private conversations or speculate on a U.N. Security Council resolution that hasn’t even been tabled, no matter what pronouncements are made publicly about it.”

In plain talk, the U.S. State Dept. has given the green light for a resolution that does not specifically recognize the Palestinian Authority as a country  but leaves the door open for a resolution that calls on Israel to commit itself to “negotiations” based on Israel “withdrawing” from all land that is to be part of a new Arab country.

The fancy semantic footwork is the expertise of western diplomats trying to prejudge an outcome of negotiations by leaving open no other possibility. 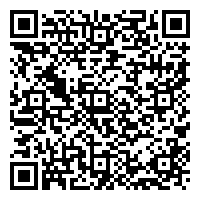