United States intelligence officials say that a video posted to the Internet showing an executioner dressed in black, standing over the severed head of a man he identified as that of American foreign aid worker Peter Kassig, is authentic.

The footage is markedly unlike that of previous beheadings by the Islamic State of Iraq and Syria (ISIS) in that the moments leading up to the execution and that of the murder itself are not seen. Clearly something took place to prevent the terrorists from showing those events; perhaps Kassig resisted — or perhaps an attack by U.S.-led coalition forces interrupted the flow of the scene.


Nevertheless, a senior American official said Sunday the government became increasingly convinced throughout the day that the video is authentic and accurately shows that Kassig was executed by an ISIS terrorist.

The camera work was amateurish as compared with that of previous videos. The footage was shot with only one camera angle and the lighting appeared harsh, blocking a clear view of the face of the executioner.

Unlike previous five minute productions in which the victims were forced to make speeches prior to their ritualized beheading, it appeared that Kassig’s two minute execution was curtailed, suggesting that ISIS could be in trouble and perhaps on the run.

One week ago, its top leadership was attacked in an air strike by American and Iraqi jets during a meeting in a secret bunker in northern Iraq. At least 10 commanders were killed and 40 others were wounded, including the British-accented executioner who appeared in this and the four prior beheading videos, dubbed by media as “Jihadi John.”

U.S. National Security Council spokesperson Bernadette Meehan said earlier in the day that “if confirmed, we are appalled by the brutal murder of an innocent American aid worker, and we express our deepest condolences to his family and friends.”

Kassig, a former Army Ranger from Indianapolis, was abducted at a checkpoint in Syria more than a year ago while delivering medical supplies as part of his work for the Syrian refugee aid organization he founded in Beirut in 2012. He had served a tour of duty in Iraq in 2007, and returned to the service in 2011 as an emergency medical technician (EMT) in Libya.

In a letter smuggled out to his parents by a cell mate who escaped by ransom, Kassig wrote, “I am obviously pretty scared to die, but the hardest part is not knowing, wondering… if I should even hope at all.

“Just know I’m with you. Every stream, every lake, every field and river. In the woods and in the hills, in all the places you showed me. I love you.” 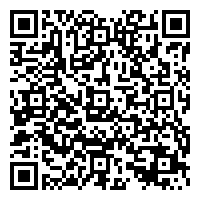