German tennis player Andrea Petkovic said it was “the worst thing I experienced,” and the “epitome of ignorance,” after her Saturday match in Lahaina, Hawaii, against American Alison Riske began with a robust singing of the German national anthem so cherished by the late Adolf Hitler, Das Lied der Deutschen, which opens with the immortal verse, “Deutschland, Deutschland ueber alles” (Germany, Germany above all), and has been banned in Germany since 1945.


The US Tennis Association apologized to the German team and its fans for the singer’s possibly unintended faux pas (although he appears to be really into it in the video). They promised it would never happen again.

Some German fans started singing the correct German anthem, buy were drowned out by the Nazi tune on the loudspeakers.

According to the AP report of the game itself, Andrea Petkovic was facing not just the German legacy of the 1933-1945 Reich, but also gusty winds and intermittent rain. Her American opponent, Alison Riske, gradually pushed to a 7-6, 6-2 win over the more experienced German player.

The verses of that Nazi anthem are harmless enough if you are a product of the American education system, but if you do know geography and history (trigonometry can help, too), you start getting the picture:

“Germany, Germany above all / above anything in the world / when always for protection / we stand together as brothers. / from the Meuse river (rising in France and flowing through Belgium and the Netherlands, well west of Germany) to the Nemen river (east of Poland) / from the Adige river (Italian border) to the Belt (the sea near Denmark).”

Hey, who needs geography when you win the tennis match? 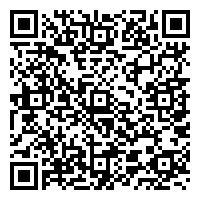