Jews do not need to be converted, and the Catholic Church “does not question the continued love of God for the chosen people of Israel,” the Vatican said Thursday.

The news came in a 10,000-word document released by the Holy See that says Jews do not need to be converted. Moreover, it says, the only way for Catholics to understand their own faith is to view Jesus within the Jewish context of his time.


Entitled “The Gifts and Calling of God are Irrevocable,” the document calls on Jews and Christians to work together to make the world a better place.

“While affirming salvation through an explicit or even implicit faith in Christ, the Church does not question the continued love of God for the chosen people of Israel,” the document states.

“That the Jews are participants in God’s salvation is theologically unquestionable, but how that can be possible without confessing Christ explicitly, is and remains an unfathomable divine mystery.”

The Church recommended that Jews and Catholics jointly combat all forms of anti-Semitism, and condemned the Nazi slaughter of Jews in World War II.

“History teaches us where even the slightest perceptible forms of anti-Semitism can lead: the human tragedy of the Shoah (using the Hebrew term for the Holocaust) in which two-thirds of European Jewry were annihilated.”

Drafted by the Vatican Commission for Religious Relations With Jews, the document also stated clearly that Catholics must refrain from active attempts to convert Jews.

“The Catholic Church neither conducts nor supports any specific institutional mission work directed towards Jews,” it says. Judaism “is not to be considered simply as another religion; the Jews are instead our elder brothers.”

The document cited the release 50 years ago of the Nostra Aetate — ‘In Our Times’ — that repudiated Jewish guilt in Jesus’ death.

“Judaism is not to be considered simply as another religion; the Jews are instead our ‘elder brothers’ (Saint Pope John Paul II), our ‘fathers in faith’ (Benedict XVI),” the document states.

“Jesus was a Jew, was at home in the Jewish tradition of his time, and was decisively shaped by this religious milieu (cf. ‘Ecclesia in Medio Oriente,’ 20). His first disciples gathered around him had the same heritage and were defined by the same Jewish tradition in their everyday life.” 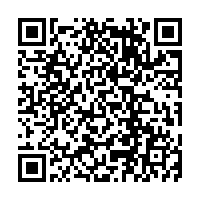