In the space of a few hours, over 31,000 (as of this writing) Israelis, and apparently mostly soldiers, have Liked a Facebook page showing support for IDF soldier David of the Nachal Brigade, now nicknamed “David HaNachlawi” (David the Nachal soldier).

The Facebook page is full of photos from anonymous IDF soldiers, showing their support for the young man, while the IDF, instead of supporting their soldier in the field, wants to send him to trial, jail, and have him removed from being a combat soldier.


Over 4000 support photos have been uploaded to the Internet so far.

The background is simple. David is serving in a combat unit in Hebron, when a group of Palestinian Authority Arabs approached him, in what is clearly a premeditated instigation.

As can be seen in the video, there are a number of Arabs around the soldier with cameras (including professional cameras, not just phones), filming the clearly premeditated instigation from different angles.

One of the Arabs, a 15 year old, keeps reinserting himself literally into the face of the soldier. The soldier, after repeated warnings and attempts to rebuff the instigator, cocked his weapon to scare him back.

At that point, another Arab jumps up behind the soldier.

This second Arab, armed with brass knuckles on his right hand, appears to be about to the hit the soldier in the head, when the soldier seeing the motion of the attempted physical assault, jumps sideways out of the way.

When the IDF announced they will be punishing the soldier for cocking his gun, a massive grassroots groundswell of support began from IDF soldiers from units around the country, all of who began posting anonymous photos of themselves with signs stating, “We’re all David HaNachlawi”.

IDF soldiers are very concerned and upset about the repeated lack of support the IDF gives them when faced with instigations and attacks in the field. Many remember what was done to IDF officer Shalom Eisner.

The army said it is considering taking steps against the many thousands of IDF soldiers who publicly (and anonymously) showed support for the soldier.

One wonders if the IDF plans to put every IDF soldier in jail – after all, it already has them handcuffed.

Many more photos, besides those on Facebook can be found on the Israel site News 0404.

Part VII: CONCLUSION: The Holocaust Has NO Equivalents 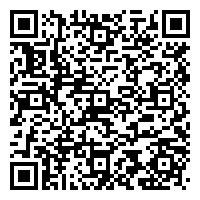