In a snub to Bernie Sanders’ supporters who are enraged at the fact that leaked emails showed how then DNC Chairwoman Rep. Debbie Wasserman Schultz (D-Fla.) advised their man’s opponent Hillary Clinton on how to best win the nomination, the Congresswoman’s Miami-area district voters rebuffed her primary challenger who enjoyed the financial and campaign support of Bernie Sanders. With 81 percent of the vote counted, Wasserman Schultz had 57 percent to her challenger Tim Canova’s 42 percent, according to the AP.


It should be noted that besides fighting Sanders for the nomination, Wasserman Schultz had a lot to do with quashing the Senator’s efforts to turn the DNC platform into an all out attack on the Israeli “occupation.” Sanders picked James Zogby, a long-time pro-Palestinian activist, and Cornel West, a racial justice activist, to be his representatives on the Democratic party’s platform committee. The 15-member platform committee included six Clinton-picked members, five for Sanders, and four for Debbie Wasserman Schultz, the chairwoman. If not for the latter’s strong influence on the proceedings and her commitment to Israel, there could have been a platform agenda item condemning Israel.

The six-term congresswoman Wasserman Schultz was forced to leave her DNC post as a gesture to Sanders’ voters, and her own primary campaign this summer had been a fight for those same progressive voters in her district. Sanders did a lot, save for an actual personal appearance (Canova admitted he was disappointed), against the Florida Congresswoman, and his support for Canova boosted his national profile and helped him raise more than $3.5 million with small donations averaging $22 each. Wasserman Schultz only raised $3.4 million.

Wasserman Schultz faces a Republican challenger in November, but no one doubts her chances of winning Florida’s 23rd district. 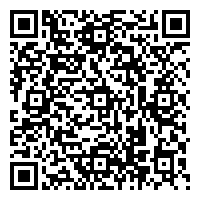