The Islamic University of Gaza, which has close links with Hamas, has banned students from screening a movie of Hamas terrorist activities because of fears it would lose funding from international sources.

The university was co-founded by Sheikh Ahmed Yassin, who was one of the founders of Hamas and one of its most deadly terrorists before the IDF assassinated him.


The movie deals with the First Intifada.

Arab media reported Tuesday that the university banned students Sunday night from screening the film that shows terrorists in action and clashes with Israeli soldiers.

An expose in 2008 revealed that the U.S. government authorized almost $1 million in foreign aid to the Islamic University of Gaza despite multiple vetting of the school for ties to terrorism.

The prime minister of Hamas at the time sat on the Islamic University’s board of trustees.

Previous donors to the university have included the Union of Good, a worldwide collection of charities collecting money for Hamas and headed by global Muslim Brotherhood leader Youssef Qaradawi.

The university has also recently been accepting donations from the Middle East Children’s Alliance for its rebuilding efforts.

Arab academics, writing on behalf of the Alliance, have claimed that the description of links between Hamas and Islamic University is a “false label.” 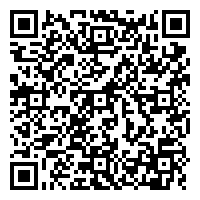