A weapons workshop was captured overnight Thursday in a combined operation of IDF and GSS forces at the Jabal Johar neighborhood of Hebron.

Additional IDF weapons searches in the area captured a handgun, a rifle sight and homemade bullets in the town of Idhna. In Wadi Siman village security forces found an M-16 rifle.

Since the beginning of 2016, security forces have captured 424 weapons and 39 weapons workshops in Judea and Samaria. 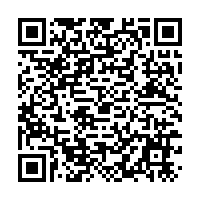