12:23 AM  Effie Eitam said this evening, is that Iran is unhappy with Gaza, since their supplying Hamas with armament was for their attack on Israel – when Iran decides. Now their stores are relatively depleted.


12:12 AM (Thursday) As rockets continue to fall on Israel, the official IDF blog announces the end of Operation Pillars of Defense.

11:01 PM Hamas and Islamic Jihad declare the cease fire to be an Israeli failure.

9:00 PM: Defense Minister Ehud Barak announces during the press conference heralding the beginning of the ceasefire with Hamas and associated terror groups that “the objectives of [Operation Amud Anan] were achieved in full”.

8:44 PM: Massive firebomb of car on Road 55 near Kfar Saba, no injuries, lots of damage.

8:33 PM: Channel 10 is reporting that 2 rockets were fired from Lebanon in the direction of Israel.  They landed in Lebanon instead.

7:43 PM:  Drive by shooting on bus near Migdal Oz (between Migdal Oz and Tzomet HaGush) in Gush Etzion at 7:30 PM. No Injuries.

7:23 PM:  Firebomb thrown at Israeli vehicle on Road 55 near Azzun in the Shomron. No injuries. Damage to car. /Muqata

7:11 PM: Rumors circulating a ceasefire will be announced at 8:00 PM by Hillary Clinton.  Blockade of Gaza is not to be lifted.

6:44 PM: Four soldiers were injured in an open area in Eshkol Regional Council, two serious, two light. They were transported to the Soroka Medical center in Beer Sheva.

4:19 PM: Internal security Minister Itzhak Aharonovitch told reporters the police knows the identity of the terrorist who blew up the bus in Tel-Aviv this afternoon.

2:57 PM: The Israeli Air Force continues constantly attacking terrorist targets in the Gaza Strip. At the Palestine Stadium in Gaza planes fired missiles at a team that was about to fire rockets into Israel. 3 terrorists were killed. Hamas TV channel reported assaults in Beit Hanoun in northern Gaza and Gaza City. 2 more Palestinians killed in northern and central Gaza. Hamas TV channel reported that the Air Force attacked smuggling tunnels in Rafah. Medical sources in Gaza report that at least 11 people were killed so far today.

2:54 PM: The security “Cabinet of 9” is meeting now to decide the next phase in Operation Pillar of Defense – a ceasefire.

1:58 PM: After a Red Alert siren, a rocket fell in an open area near Beersheba.

1:41: PM: Israeli Police Commissioner Yohanan Danino is being quoted by Israel’s Walla News as saying “There is very high motivation [on the part of Palestinians] to find any way to conduct terror attacks inside the cities, of course inside the big cities…. I cannot remember a time of such massive deployment of Israeli police and security forces throughout the country.”  He added that “talks of a ceasefire only caused an increase in attacks. ”

1:34 PM: A rocket exploded in an open area in Mateh Yehuda Regional Council. No one was hurt.

12:12 PM: Large police and EMT forces are arriving at the bus site. The area is a hub of several government offices. (See complete report)

12:09 PM: It is becoming clear that the explosion was an act of terrorism. Ambulances are at the site.

11:55 AM: Direct hit at the municipal building of the Be’er Tuvia Regional Council. No one was hurt but the building is on fire.

11:05 AM: An intense volley of rockets and mortar shells fired at Israeli settlements near the Gaza Strip border, including Regional Councils  Eshkol, Sdot Negev and Sha’ar HaNegev.

10:56 AM: Direct hit on a house in Be’er Tuvia RC. An elderly woman survived in her fortified room.

10:55 AM: IAF hit a terrorist who was about to launch a rocket in Gaza.

10:01 AM: Israel Channel 2 News reporting that IDF spokesman’s office is calling talk of a ceasefire “irrelevant at this stage.”

9:52 AM: Two rockets are safely neutralized by the Iron Dome missile defense system over Beersheba, one over Ashkelon

9:35 AM: Iron Dome succeeds in shooting down missiles headed for the city of Kiryat Malachi, population approximately 26,000.  Iron Dome has neutralized 400 rockets targeting Israeli residential areas since the beginning of Operation Pillar of Defense.

9:30 AM: Red Alert sirens in the Eshkol region

9:26 AM: Rockets fall in open area in Be’er Tuvia, no injuries or damage reported

9:25 AM: Arutz 7 reporting that IDF Chief of Staff Benny Gantz has stated that dialogue in Egypt regarding an alleged ceasefire have no impact on the IDF’s actions in Gaza, and that efforts to wipe out terror infrastructure are ongoing.

9:18AM: 40 families from Rishon L’Tzion, Israel’s 4th largest city, are homeless following the destruction of their apartments due to a rocket attack last night.  Security guards have been placed at the site to prevent anyone entering.  Miraculously, no one was seriously injured in the explosion.

7:32 AM: 7 Israeli airstrikes hit tunnels in Rafah causing multiple fires in the area.

7:28 AM Rocket attacks on Ashkelon and Ashkelon beach.

5:20 AM IDF warns journalists to stay away from Hamas terrorists, as they endanger themselves.

4:48 AM Hamas claiming they’ve yet another captured Gazan Arabs collaborating with Israel. They’ve executed (on the street) 6 suspected collaborators already.

Some 56,000 reserve soldiers have been called up to active military duty.

Ehud Yaari (channel 2) TV: Israel has bombed Rafiah (South Gaza) and it is going up in flames. The damage to Rafiach’s gas terminal is in the tens of millions of dollars — this has shocked the Hamas to its core. Yaari says that the Palestinian Parliament building which was built for 10 millions dollars has been totally bombed and destroyed less than an hour ago — a strong and humiliating blow for Hamas.

YNET reports from people on the web that Hamas interrupted Channel 2 and 10 Israeli satellite broadcasts this evening and replaced the signal with Hamas propaganda films. These transmissions interruptions only occurred on personal home dishes, not via the satellite.

Violent Arab protests broke out in Hebron and other areas of Judea and Samaria. Reports of small Arab riot in Armon Hanatziv, Jerusalem. 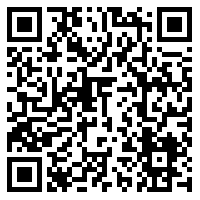