Anti-Semitism continues to spiral out of control wherever Muslims and other anti-Israel types enjoy the freedom of speech that allows them to criticise Israel.

As is often the case, Europe represents the fiercest battle ground for anti-Semitic attacks. Massive anti-Israel rallies are planned for London, Paris, Brussels and other capitals around the continent, with local authorities concerned in all locales that the demonstrations could turn violent and could target Jews.

In Paris alone, 1,500 police attempted in vain to maintain order at Saturday’s protest, a week after dozens of Parisians were arrested for attacking Jews and Jewish property. According to Britain’s Telegraph newspaper, a Facebook page created in the last week, entitled Jeunes Revolutionnaires Francais, or Young French Revolutionaries, posted the names, photographs and addresses of 32 French Jews encouraging members to target them.

The Telegraph reported that one man named on the Facebook page was attacked in his home last Thursday evening by a group of masked men with iron bars.

In Belgium, two months after terror attack at a Jewish museum left four people dead, a group of around 300 masked protesters copied their Parisian comrades by shouting anti-Semitic slogans and wrecking Jewish-owned shops and cafes during a demonstration in downtown Brussels on Shabbat. Some members of the crowned chanted “Death to Jews,” and a statue of Belgium’s Queen Elisabeth of Belgium was defaced with anti-Semitic graffiti.

In addition, Brussels cafe hung a sign announcing proudly that dogs were welcome, but that Zionists were “certainly not.”

In Antwerp, an hour to the north and home to one of Europe’s largest concentrations of Orthodox Jews, the European Jewish Congress reported that a Jewish woman filed a police complaint after being refused service in a local shop because she is Jewish. The woman said the shop refused to serve her as a “protest” against Operation Protective Edge. The EJC also reported a separate event in Antwerp, a pro-Palestinian rally that included an Arabic-language chant (broadcast over a loudspeaker) that means “slaughter the Jews.” Protesters also called out “Jews, remember Khaybar, the army of Muhammad is returning,” referencing a seventh-century slaughter against Jews in Saudi Arabia.

Similarly in Germany. In Berlin, protesters have attacked synagogues, smashed the windows of Jewish-owned business and torched others. Demonstrators also chanted “Jews to the gas chambers,” and several Jews have been attacked on the streets. and Jewish people have been attacked on the streets of Berlin. One person, an 18-year-old Jewish man, claimed on Friday he had been punched in the face in an unprovoked attack while wearing a kippa in downtown Berlin, the second such attack in just a week.

In a separate incident, Berlin police had to rescue an Israeli tourist couple from protesters who charged at them shouting “Jew! We’ll get you.” 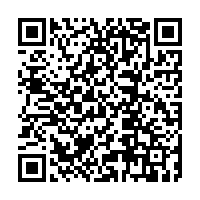