Everyone knows that Obama took on Zack Galifianakis and bested him as a put-down artist. Netanyahu appeared on Israel’s “Matzav HaOoma” (State of the Nation) show earlier this week and sustained one jab after another by the show’s four hosts.


The Prime Minister got in a few punches, but most of the offense was full of one-liners that the hosts threw at Netanyahu, giving him little room to maneuver but leaving him laughing a lot.

However, both Obama and Netanyahu got serious on the separate shows and showed what really is on their minds. Obama chose to plug his ObamaCare program, while Netanyahu made it clear he has different priorities, namely Iran.

The Israeli show hosts badgered him that he brings up Iran to escape talking about the housing crisis and the stalemate with the Palestinian Authority, but Netanyahu responded, “I will not let Iran surprise us.”

Obama was brilliant in his appearance, or as Tom Lehrer said when former actor Ronald Reagan was elected governor of California, “We finally have a politician who can do a song and dance.”

When Galifianakis asked the president “how it feels to be the last black president,” Obama responded, “How does it feel to know this is the last time you ever will talk to a president?”

Asked if it would not be a great idea if a president could run for a third term, Obama jabbed that winning a third time would be like making a third hangover movie, which “didn’t work out so well, did it?” Galifianakis’  first two Hangover movies were a success but the third was panned by critics.

Most of the laughs on the Israeli show came at Netanyahu’s expense. The hosts tackled him repeatedly on Defense Minister Moshe Ya’alon ‘s criticism of  U.S. Secretary of State John Kerry and Obama. One of the comedians asked, “Isn’t it dangerous leaving him [Ya’alon] with all those weapons?”

Netanyahu finally broke and said that when it comes to diets, some people should “do more and speak less.”

Netanyahu’s best put down was concerned the housing shortage, He slammed the host by saying that instead of his and his friend living in separate apartments, they should move into together and create another empty residence for somebody else.

Netanyahu was asked rhetorically if it is so smart to demand that the Palestinian Authority recognize Israel as Jewish state because if it does, it would help Iran to aim its weapons on Israel.

One of the hosts told Netanyahu that if Menachem Begin took only two years to sign an agreement with Egypt and Rabin took three years to make a deal with Jordan, why, after nine years as Prime Minister over two terms, Netanyahu can’t make peace with the United States.

The video of Netanyahu begins at 2:40 on the screen and is in Hebrew, with Hebrew sub-titles. The clip of Obama, precluded by an ABC show summarizing  his capabilities as a comedian, begins at 00:30.

Obama clearly is a better comedian than Netanyahu. Pardon the old and trite cliché, but it fits: “You should be on stage. There is one leaving in 20 minutes.” 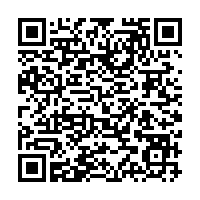