A senior official of the Simon Wiesenthal Center attending an international conference in Israel, demanded that the world powers negotiating a deal that will remove sanctions against Iran, denounce the Iranian regime’s continuous threats to destroy Israel.

“Over 1,000 people have converged on Jerusalem for the Global Forum For Combating Anti-Semitism, but our efforts to turn back the escalating threats to world Jewry won’t mean much if the leaders of the civilized world maintain their silence as Tehran’s threats to destroy the Jewish state continue unabated and unchallenged,” charged Rabbi Abraham Cooper, associate dean of the leading Jewish human rights NGO.


“Now is the time for the United States, Germany, France, and England to finally demand that Iran drop its genocidal threats against Israel.”

Rabbi Cooper was talking about the latest threat from Mojtaba Zolnour, the advisor to Ayatollah Khamenei’s representative to Iran’s Revolutionary Guard.

Zolnour is fond of making such hyperbolic threats. He’s been doing it for nearly a decade, using nearly identical language. And yet the negotiations and appeasements continue.

As recently as February, Zolnour threatened “Our missiles can arrive into the heart of Tel Aviv and destroy it in 6 or 7 minutes before the dust and smoke of the Zionists missiles arrive to us,” noting that, “Israelis are cowards; they cannot fight Hamas, while the strength of Hamas and Hezbollah is equal to a small part of Iran’s military power,” according to Iraqi News.

And if you go back as far as 2008, Zolnour was spouting the same doomsday threats. Back then, before President Obama started sending love notes and New Year’s messages as part of his campaign to woo the Persians back into the civilized community of nations, the violent threats included the U.S.

“In case the United States and Israel dare to shoot a bullet, Iran will target the heart of Israel and 32 U.S. bases in the region imminently,” Fars reported back before Obama took office.

But dares against the United States continued into this administration’s tenure as well, with Zolnour making stating in 2009, “Even if one American or Zionist missile hits our country, before the dust settles, Iranian missiles will blow up the heart of Israel,” Mojtaba Zolnour said, according to IRNA news agency.

This tone is de rigeur for Zolnour, whose 2009 threats were made as talks were taking place between the P5+1 and Iran about its nuclear program. Just before those meetings commenced, Iran test-fired missiles with ranges that could put Israel and regional U.S. bases within reach.

While present at the Israeli MFA’s Combating Anti-Semitism conference, Rabbi Marvin Hier, SWC founder and Dean called on world powers, led by the United States, to denounce threats to “annihilate” Israel by the Ayatollah and other senior figures of Iranian regime during a recent meeting with President Obama and Jewish leaders at the White House.

A look at the program for the MFA’s “combating anti-Semitism” event reveals the presence of representatives from most of the parties the SWC was taking to task. 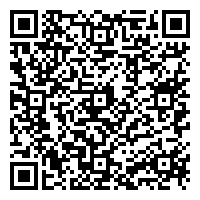