Yemeni president Abd Rabbo Mansour Hadi fled his palace in the capital city of Aden shortly after the Shi’ite Houthi rebels television station claimed they had taken control of an air base that served U.S. and European troops, Al Jazeera reported. Witnesses described a convoy of presidential vehicles leaving Hadi’s palace. As he was fleeing, Hadi asked the UN to authorize a foreign military intervention in the country.

Sunni countries in the Gulf have been accusing Iran of interference through several Shi’ite proxies in the region—including Israel’s neighbor Hezbollah. Iran has supplied weapons, money and training to the Shi’ite Houthi militia, as Tehran steps up its regional power struggle with Saudi Arabia, Reuters reported, citing Yemeni and Iranian officials say.

And then something new happened last night. Saudi Arabia and a coalition of Arab countries from the region launched operation “Firmness Storm” in Yemen against the Houthi.

Saudi ambassador to the U.S. Adel al-Jubair said on Wednesday that a coalition of 10 regional states, including Bahrain, Kuwait, Qatar and the United Arab Emirates, had begun airstrikes against the rebels at 7 PM Eastern time.

“The operation is to defend and support the legitimate government of Yemen and prevent the radical Houthi movement from taking over the country,” al-Jubair told reporters.

“The Saudis don’t have the intelligence surveillance and reconnaissance capability,” he said. “They needed help and it probably come from us.”

An Egyptian official told AFP that Egypt also plans to participate in the Yemen offensive.

The Saudis have announced that Pakistan, Jordan, Morocco and Sudan have “expressed desire to participate in the operation,” Saudi SPA state news agency said.

According to SPA, last week, commenting on the nuclear talks with Iran, Saudi foreign minister Prince Saud Al-Faisal told reporters “the United States will adhere to the negotiations with Iran and will prevent an Iranian development of atomic bomb, but this will not mean we will take our eyes off” the “tendencies of Iran in the region, which is one of the most leading elements of implanting instability in the region.”

Al-Faisal pointed out Iranian intervention in “Syria, Lebanon, Yemen, and Iraq,” and possibly in other regions. He stressed that these practices must be halted should Iran wanted to be part of the solution in the region, not part of the problem.

This might be a good time to mention Israeli prime minister Benjamin Netanyahu’s much maligned, March 3 speech before Congress, when he warned, among other things:

“Iran’s goons in Gaza, its lackeys in Lebanon, its revolutionary guards on the Golan Heights are clutching Israel with three tentacles of terror. Backed by Iran, Assad is slaughtering Syrians. Back by Iran, Shiite militias are rampaging through Iraq. Back by Iran, Houthis are seizing control of Yemen, threatening the strategic straits at the mouth of the Red Sea. Along with the Straits of Hormuz, that would give Iran a second choke-point on the world’s oil supply.” 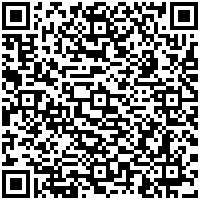