Shlomit Kreigman (24) HY”D (alternate spelling: Krigman) has died from her wounds from the terror attack in Beit Horon, according to Hadassah hospital. She was brought into the hospital in critical condition and died on Tuesday morning.

Shlomit was from the community of Shadmot Michola in Bikat HaYarden, and for the past year, Shlomit was living with her grandparents’ home in Beit Horon. She was previously the head counselor/manager (“Komanarit”) for Beit Horon’s Bnei Akiva branch while she was serving in Sherut Leumi (National Service).

Shlomit’s grandparents were among the founders of Beit Horon.

Two Arab terrorists hopped the fence and stabbed 2 women, one in the town’s fitness center, and the other, just outside the grocery store.

The terrorists tried to enter the grocery, but were blocked by a shopper.

The terrorists were then killed by the town’s security chief and another citizen.

Prayers can be said for Adina bat Tzofia, the second stab victim. 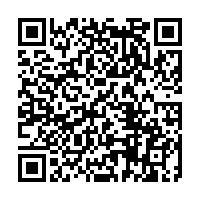