Holocaust and Heroism Remembrance Day, or Yom HaShoah, will be observed this year starting Sunday evening, April 7, the 27th of Nissan, and going through Monday night.

Israel’s day of commemoration for the six million Jews who perished in the Holocaust, and for Jewish resistance, was signed into law by then Prime Minister David Ben-Gurion and President Yitzhak Ben-Zvi.


Many Jews commemorate the Holocaust on Yom HaShoah, but some prefer to remember and mourn the victims of the Holocaust on the 9th of Av and the 10th of Tevet, the two days dedicated to mourning our many national catastrophes by the sages.

In Israel, Yom HaShoah will open at sundown in a state ceremony held at Yad Vashem’s Warsaw Ghetto Square, in Jerusalem. During the ceremony the national flag will be lowered to half mast, the president and the prime minister will speak, the Chief Rabbis will recite prayers, and Holocaust survivors will light six torches.

At 10 AM Monday, two-minute sirens will sound throughout Israel, and people will stand at attention. Ceremonies commemorating the Holocaust will be held at schools, military bases and other community centers.

All places of public entertainment will be closed by law. Israeli radio television will air only Holocaust documentaries and Holocaust-related talk shows, the cable comedy channel will be off, and all flags on public buildings will be flown at half mast.

Thousands of Israeli high-school students, as well as thousands of Jews and non-Jews from around the world, will participate in a memorial service in Auschwitz, in what has become known as “The March of the Living.” The event is organized in the hope of making the Holocaust experience “real” for young Jews born decades after the war.

Jews in the Diaspora will observe this day in their synagogue and community centers. Many Yom HaShoah programs will feature talks by a Holocaust survivors, recitation of psalms, poems and personal accounts, and viewing of Holocaust-related movies. Many Jewish day schools will hold Holocaust-related programs.

Lapid in Berlin to Celebrate Nazis’ Defeat with Holocaust survivors 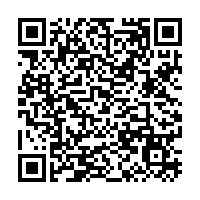