British politicians are becoming increasingly concerned with the phenomenon of homegrown activists seeking to highlight alleged misconduct and war crimes by British soldiers during the Iraq war. There have been a few cases where activists have succeeded in bringing British soldiers to trial.

A British Member of Parliament recently expressed sympathy for Israel, whose soldiers and officers are faced with similar challenges posed by foreign-funded NGOs like Breaking the Silence, which lectures international audiences about alleged Israeli army war crimes, and B’Tselem which seeks to document alleged human rights violations in Judea and Samaria.

Andrew Percy, a Conservative Member of Parliament in Britain told Tazpit Press Service that given the “vexatious and frivolous and ideologically motivated legal challenges,” of those seeking undermine the ethical conduct of soldiers, he sympathized with the Israeli government’s position on the matter.

“British and Israeli soldiers both operate to some of the highest standards there are internationally and if the troops or military in either country operate outside of the rules of engagement both systems already provide sufficient recourse. Israel and Britain have not been afraid to take criminal action against their own troops in the past,” Percy said.

Indeed, on October 2015 four combat IDF soldiers were indicted for mistreating detainees after a raid in Judea and Samaria near Jenin.

The Iraq Historic Allegations Team (IHAT) set up by the British Ministry of Defense is looking into a number of cases which include allegations of murder which may warrant prosecution hearings.

Percy added that while NGOs are important for any free and open society and that while he was unaware of any foreign funds provided to British NGOs designed to pursue British soldiers, their activities must also remain transparent and open and that demanding that their funding be made public is “perfectly natural in order to protect the militaries.”

Britain’s Prime Minister David Cameron also seems determined to put a stop to activists demanding that British soldiers be indicted for alleged human rights abuses. “An industry seems to be being built up around making spurious claims against the brave men and women of our armed forces and that is not acceptable. That is no way to treat people that we are asking to do difficult and dangerous work … so I am determined to shut this industry down,” Cameron recently told the British press. 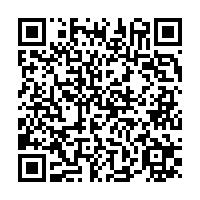