Elbit Systems announced Thursday that it has been awarded a $548 million contract to supply military-wide multi-domain combat networked warfare capabilities to the Armed Forces of a country in Asia-Pacific.

The contract will be performed over a four-year period.


Under the contract, Elbit Systems will provide an integrated solution comprising of the ELBIT TIGER-X™ networking middleware; a TORCH-X™ based suite of airborne, land and ship-borne Command and Control applications; as well as advanced waveforms and a wide range of E-LynX™ Software Defined Radio (SDR) systems including airborne, vehicular, handheld, and shipborne configurations.

The program will include extensive co-development efforts and transfer of know-how.

“These comprehensive combat networked capabilities are intended to improve operational effectiveness, decision making and interoperability across all domains of operation, platforms and systems,” the company said.

Elbit Systems is engaged in networked warfare programs in several countries, among them Switzerland, Israel, the UK, Sweden, Canada and others.

Just a day earlier, the company announced that it was awarded a $220 million contract to supply precision guidance kits for airborne munitions to a country in Asia-Pacific.

The contract is to be performed over a period of 15 months.

“We witness a growing recognition by Armed Forces of the essentiality of digitization and the capability to conduct interoperable multi-domain operations, especially in light of the lessons learned from recent conflicts,” said Elbit Systems president and CEO Bezhalel (Butzi) Machlis.

“This significant contract award to execute a military-wide networked warfare program further validates the leading position we hold in the growing areas of C4ISR and multi-domain networked warfare,” he said.

The Lizard is a laser-based precision guidance kit enabling general purpose airborne warheads, of both Western and Eastern versions, to engage targets, including fast moving ones, with high accuracy.

“There is an increase in the demand for our precision fire capabilities as high accuracy has become an operational imperative across all domain of operations,” Machlis added.

“Armed forces around the globe are requiring solutions that enable efficient conversion of ammunition stockpiles into a capability that is relevant in modern warfare, especially in light of lessons learned from recent military conflicts.” 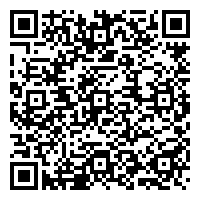