Whenever a new high tech sector emerges, you can bet an array of Israeli companies will be among the first in the field. When it comes to transportation technologies, the startup nation has come out in pole position, with hundreds of startups developing innovative solutions.


Dozens of them unveiled their visions for tomorrow’s world of transportation at the 6th annual EcoMotion convention in Tel Aviv last week. Self-driving car technologies featured heavily, as well as innovations in public transportation, traffic light technology and cyber security for computer-based vehicles.

While most transportation companies are focused on vehicles and ways to make them “smarter,” Valerran places an emphasis on roads and ways to use technology to make them safer and more efficient. Valerann has developed ‘The Smart Road System’: a wireless, sensory system that provides real-time, high-resolution information about everything that takes place on the road. This information is used by municipalities to detect risks, prevent accidents, optimize intersections, automate traffic control centres, and support connected & autonomous vehicles.

“When you’re driving on the Ayalon Freeway, we’re watching you,” Valerran Chief Visionary Officer Shahar Bahiri told Tazpit Press Service (TPS). “We also have pilots set up on the I-95 highway in northern Virginia, and hope to get into as many cities as possible in the coming years.”

One of the most crucial transportation-based services in modern society is waste collection, and with the evolution of transportation technology it is only fitting that waste management also get a 21st century facelift. Jokingly referring to themselves as the “internet of garbage,” GreenQ optimizes municipal waste collection. Garbage truck fleets equipped with GreenQ’s sensors and software will be able to collect real time data pertaining to the weight of waste collected at any given time in any specific area. The system then uses artificial intelligence to suggest more efficient routes and pickup schedules, allowing fleet operators to optimize pickup times and determine which areas to focus on and when.

When she was 25, Engie founder Gal Aharon was sick of taking her car to the mechanic only to be ripped off, so she decided to do something about it. Aharon founded Engie – a company that allows users with no mechanical knowledge to get real time, accurate diagnosis of problems with their automobile. The Engie sensor can be installed on any car manufactured after 2002, as they are all equipped with an Onboard Diagnostic System (ODS), which can detect a multitude of possible problems. Engie’s product syncs with an app that can be installed on your phone, and translates the diagnostic analysis into understandable user-friendly language. When the system detects a problem, it doesn’t only inform the driver, but also sends information regarding how much different shops nearby will charge to have it fixed. Aside from protecting drivers from dishonest mechanics, the system also monitors a car’s general performance and gives users crucial information for the maintenance of their automobile, such as when they should schedule a tune up or when they should expect to change the battery.

One of the biggest fears involved with the integration of autonomous vehicle systems is the threat posed by cyber attacks. What is to stop a hacker from digitally hijacking a computer-operated vehicle and threatening to shut off the braking or steering systems if a ransom isn’t paid? Many cyber-security firms and auto-manufacturers have focused their possible solutions around this nightmare scenario, offering firewalls and contingency plans. More realistic, however, would be an attack on a vehicle’s infotainment unit, with messages popping up and blocking users from controlling radio and air conditioner functions, for instance.

ACDC_net’s solution to the problem is based on the company’s philosophy that even if a hacker successfully compromises a vehicle’s systems, it is not a problem a driver could or should need to deal with. “This is something the auto-manufacturer should be dealing with, not the user,” MasterKey Co-Founder Liad Chamiel told TPS. “If a car is hacked into, we don’t want the driver to even know about it.”

ACDC_net’s system works not as an antivirus, but rather as somewhat of a consistency engine at the display level, concealing possible attacks on a vehicle from the driver. In the event of an attack that has managed to surpass the existing security barriers already put in place by the manufacturer, they will receive immediate notification, while the driver will get no error messages or loss in functionality, ideally not even knowing an attack is taking place.

According to Chamiel, the system serves as a “last line of defense” for auto manufacturers to protect their brand, making use of their own methods of dealing directly with any possible cyber attack, while the driver continues undisturbed.

Established in 2010 as GetTaxi, a mobile app that allows users to hail taxis, rank drivers, and gain experience points, the company changed its name to Gett in 2016 and has pivoted from being just a taxi service to providing diverse transportation solutions, such as courier services and shared rides. The company’s latest product, Gett Together, is a communal on-demand shuttle service, offering users a more personalized public transportation experience. Gett Together runs a fleet of shuttles, which users can summon based on proximity to pick up points. The app ensures them a space in the nearest shuttle and allows them to choose a desired drop off point based on their place of work. Applications of the Gett service can range from being a more convenient alternative to traditional public transportation, to being a full commuting service provided by businesses to allow their employees an easy commute to work. As the shuttles are based on a shared transportation model, the service can be used by several companies operating in the same area, allowing them to save money that would otherwise be spent on privately hired shuttles that would either pick employees up or serve as a “final mile” solution, helping employees get from their designated parking spots to their actual places of work. 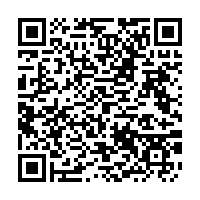