Israel’s Tax Authority has given up on its position that Israeli websites providing advertising space to international companies operating in Israel through the Internet—most notably Google—should fork over VAT payments to the tune of 17%, like everyone else in Israel, Globes reported Thursday.

In a case of the Tax Authority’s dispute with the Haredi news website Kikar Hashabbat, the TA has recently notified the Jerusalem District Court that it would not impose VAT on the website’s advertising space sold to foreign companies such as Google and Facebook.


In that particular case, the revenue loss will only amount to a few million shekels, but Globes speculates that should the TA extend the same courtesy to all the Israeli online entities using Google ads, the cost would reach tens of millions of shekels each year.

In 2016, the State Comptroller’s annual report criticized the TA’s failure to tax the Internet activity of multinationals, without identifying the companies involved in the dispute.

The case began in 2010 when a large communications group in Israel argued that Google did not pay VAT on transactions in Israel, and that the VAT Google owed—millions of shekels—was paid by the Israeli companies that serve as its suppliers. The Israeli companies asked to stop being penalized, urging the TA to charge Google directly for VAT.

In 2013, the TA argued that because Google was operating in Israel, it did not fit the definition of a “foreign resident” under the VAT Law, which was the source of the VAT exemption for foreign companies. In 2014, the Israeli communications company rejected the TA’s ruling.

In 2016, responding to the State Comptroller’s rebuke, the TA formulated a legal memorandum stating that foreign companies selling products online to customers in Israel must register as dealers in Israel and pay VAT on their deals. According to Globes, the TA then began an assessment of Facebook and Google’s activity in Israel for tax purposes—although both giants were incorporated in Ireland.

A few months ago, according to Globes, the TA started to retreat from its militant position vis-à-vis Google and Facebook, realizing it was only making life hell for Israeli websites—which was reflected in their diminishing incomes—while Google and Facebook still didn’t pay their VAT in Israel. 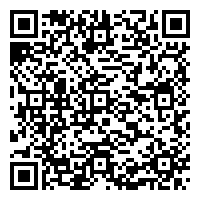